Aside from the misreporting and misleading the public- (the media stated the President called all immigrants and/or illegal immigrants animals. He clearly did not say that. Instead, he specifically said the GANG members are animals and going further to clarify that. He shouldn’t have to be his own reporter. He doesn’t need to translate English. He is speaking clearly, understandable and straightforward. Unlike Obama.) I will state a major, overlooked flaw with this “outrage” coming from the progressives.

The common secular agreement has always been: man is a sophisticated animal. He cannot control himself. It’s in his nature. The environment is to blame. He is a victim, not a criminal. The excuses goes on and on.

Yet, these same ‘intellectuals’ now declare man as a person, not animal. But not just any man, he must be in a street gang or a criminal.

Has the criminal become human and the law abiding remained animal? It’s clear animals cannot obey a law. Their ability is limited. Why, then is the law-breaker suddenly elevated? Being referred to an ‘animal’ is an insult- only! If humans aren’t part of the animal kingdom.

The progressives just exposed themselves. Again. 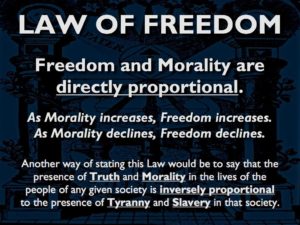 Once upon a time there were many common truths we all held together as Americans. We just had different ideas on how to obtain or maintain our culture. However, the left (which controls just about every public platform) took a major turn right before WW1 but more recently, accelerated their mission.

The progressives seem to switch on policies, values, religion and even gender that they didn’t even hold a week ago. How can one be trusted if they flip flop on core principles? Never mind with statements they agreed with when Clinton or Obama said it- if Trump said it, they are now against it!

Some people may argue “well, times have change.” Or “people change.”

There is absolutely nothing new under the sun. (Unless it’s medicine or technology.)

There is only two ways to look at the world: by accident or intention. By chance or by a Creator. To take or to make. No purpose or with purpose. Secular or religious. Night or day. Male or female.

No lukewarm. Time is limited for the use of seductive details, distractions, pro-nouns and adjectives. Just get straight to it.

The same “new” ideas (really underneath are, stone-aged primitive suggestions of old-fashioned tyranny stolen from the BC era) will be flip flop again tomorrow!

Does anyone remember Obama stating he was against gay marriage? As a senator and a presidential candidate, he spoke out against gay marriage. Now- he is suddenly the ring leader of the gay parade while the conservatives are homophobic? Why aren’t the progressives homophobic as well? They literally killed gays up to 20 minutes ago. What if they resume on that violence? How can they be trusted?

There are many conflicting views with our society. But it seems that it doesn’t matter! It’s being recognized as “the truth”- whether history or facts support it or not!

When society says it “cares for black people” but the death toll in Chicago of blacks is extremely high and ignored- do they really care?

When Kanye West said he is for freedom of thought, the press went crazy! One even said he was a “slave to free thought.” What exactly does that MEAN? It doesn’t exist. When the media response in this manner, they not only lose credibility and professionalism- they create a hysteria that is uncalled for. Additionally, they won’t take accountability. “Trump brought it out of me. He provoked me.” They claim.

How about the poor? Certainly a big government needs its victims. How can it survive with power when citizens are fully independent? One must stay poor, if not?

Solution: We will need to import More poor people! Now THAT is compassion!

Immigrants. The backbone. (Not small business, just immigrants.) The people who built this country. Or did they?

Keep in mind, the culture of today versus the open immigration policy America once had in the 1920s is very different.

Today, immigrants are being strongly encourage to “keep their past country’s flag, language and religion.” Doing this, we not only risk losing our culture but we send the new arrivals on a wild confusing quest.

They originally came to be American. (I’m referring to the legal immigrants.) However, if they are told that being American means being like the United Nations- they believe that lie is our culture!

Picture you arrived at Berlin, Germany.

Ready to learn the language, the food and music. Drive a BMW. Only to be told to speak English, ride a Dodge and wave the American flag. Your American parade (funded by the loving over-worked Germans) will be hosted on June 10th. Is this Germany? You don’t know! You just want to become… an American-German?

There is evidence when immigrants arrive legally to a new country- willingly- they want to assimilate. But unlike the 1920s, they are encouraged not to assimilate and live a very mediocre life- which doesn’t add much to our country.

Innovation (open to all people) is racist (discrimination)!

The people who protest for women rights, happen to have the most terrible relations with the women closet to them. Their mothers, sisters, daughters etc. They beat, rape, curse, gossip, lie and cheat on their women. But takes a shot of the self-righteousness needle and marches in the ‘#MeToo I’ve been rape but no more’ movement….

Society also encourages to be kind to the planet: reduce, reuse and recycle. Yet the biggest violator to this rule are the people who wrote it!

Perhaps the most scary contradiction is the stance with Islam. How can one promote BOTH a religion that did not built the West and a secular lifestyle? Have they even read about the religion itself? Or really understand the “free love” law of liberals? Islam strongly disagrees with the liberal lifestyle. Each doesn’t allow either to be practice.

What can you build on this wet foundation?

It appears that the same people accusing you of doing wrong, are in fact the ones doing wrong.

The people who speak in abstract terms: taking care of humanity. It is ones moral duty! We love immigrants, women and children! (The children aren’t even used anymore. Briefly they were needed to promote gun control. But no one listened. So they got sent away.)

Love the illegal immigrant, but hate our countrymen! Let Iran own nukes but take away your neighbors right to bear arms! President Trump is Hitler, but he moved Israel’s capital to Jerusalem while not one Democrat attended the ceremony.

Again- how can these “peace makers” be trusted? They are a walking contradiction. Speak of a utopian world but safely enjoy the benefits of capitalism.

Could they ever remain consistent on one issue?

Notice the progressives never actually state they love America, while secretly destroying it. So how do they get away with their anti-Americanism… in America? Simply by declaring their backwards policies are for the common good.

Or it is moral.

Or it is just.

Or we have progressed as a society.

Next time in discussion with a liberal, ask: “you believe these policies (ex: open borders) are the best interest for Americans because… you love America, correct?”

All their methods of bringing down America could and will contradict each other. You cannot say gender is a social construct- yet celebrate mother’s day or a woman’s march. That is both acknowledgement of a gender and a social event. This can only serve as a tool to usher in confusion with an end goal of anarchy.

Therefore, nothing they say has to be truthful. They lie (the means) for the greater good (the goal).

If only bodybuilding worked like that! We can all eat pizza and have excellent abs!

But this isn’t how the real world works.

There isn’t even a disagreement with the hatred of America.

It’s understood: America is no good. Could never be good. Has always been no good. We don’t want to expand on it. We certainly don’t want to maintain it. We want it to surrender to the third world, total humiliation then POOF. Disappear.

It’s almost a glorious effect: to be the world conquer in this time in history. Who will be the amazing jackass to take down the strongest country in the history of mankind? 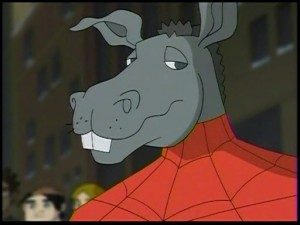 I say jackass, only because it is done in a cowardly fashion. Through the backdoor. There is nothing honorable about it. Even if successfully executed, historians in the future will agree it was done cowardly, through trickery and on the charity of the good people.

Perhaps I will be sightly sympathetic if it were a patriotic dictator- like Julius Caesar. You know… expand the empire. Strengthen our military. Prestigious top class education. Excellent religious, creative citizens with cleanliness. The envy worldwide. Heck, throw in a colony here or there.

But we are talking about the dangerous Obama-era style dictators. Filled with self-hate, lost and no identity. The worst type of dictators: no loyalty to his country, family or God. Just loyalty to deconstruction.