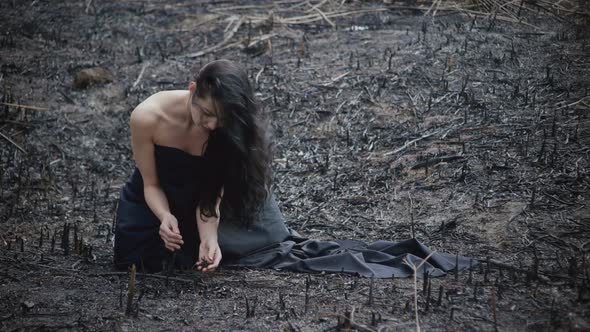 The worship of nature isn’t a new idea.

In fact, it is the same ol’ recycled (no pun intended) ideology used from humans of the past.

When did this tree worship begin? Why did man stop celebrating the Creator and pick up their worship for nature?

There is a popular kids songs that I overhear. The snippet:

There’s one force in the middle of it all
Our source of light and heat: a big fiery ball!
Sun
Sun!
Beautiful sun
Sun!
We move around you slowly ’cause you are our only one!
One!
You’re our sun! We soak up your light ’til day turns to night
Showing other suns much farther away!
They dance in our skies until the next day when night fades as you rise! Our Beautiful Sun!

Songs, symbols, diets, sacrifices, sin, forgiveness through payments….. WHAT IS GOING ON? This is a religion. We need a Martin Luther for the 21st Century to speak up against this scam.

The worship of creation, rather than the Creator- is not a new concept. It goes back thousands of years, even before the Lord came to Abraham. The God of the Bible warns us:

For they exchanged the truth of God for a lie, and worshiped and served the creature rather than the Creator, who is blessed forever. Amen.

Man has always had a fascination with the creation. In some generations, the trend will lead to a worship-style of the creation and abandon the creator. Until it swings back around to the worship of the true Creator.

Whatever the praise man chooses for the season, he is commanded not to part take in any ritual, idol worship of his fellow man. The Bible states “They knew God, but did not give glory to God or thank Him. Their thinking became useless.”  Romans 1:21

People who decide to carry out their lives as such, will continue to live in darkness. The Lord wants His children not to live accordingly to the lifestyle of the world but to His way. His truth.

No, but I say that the things which the Gentiles sacrifice, they sacrifice to demons and not to God; and I do not want you to become sharers in demons.

The secular world teaches complete opposite of God. It demands from you to part take in this recycling effort or face the consequence of being outcasted. People will view you as heartless or primitive for not keeping up with war against climate change. They say, it is not only scientific but it is moral! It is “settled science”- therefore, closing any opportunity for a debate.

By what standard is it moral? Why is it both- truth and pleasurable?

More recently, talks of imprisonment for individials called “Climate Change deniers.” These are people who reject or even question the campaign of Climate Change.

The general concept of “Nature being Holy” and we must protect it- is still alive, powerful and could lead to a much scarier future. Nothing has change with man in terms of non-material. The world just became more manipulative and sightly creative on how to execute this worn out idea.

The truth is, God placed this desire of marveling at His nature. Yes, He did.

But like everything else: we are to overcome it.

When Adam was created, he was told to conquer nature. Not just in the physical, but also within the spiritual nature.

Nature is a product of the Creator. The true crime will begin, however, when man tries to replace the Creator by seizing His favorite creation: Man- by stripping away his mind, body and property. Forbidding man (or a willingly surrender) to use the resources his Creator gave him, begins the secular journey of a godless man then nation.

One thought on “Nature is not holy”