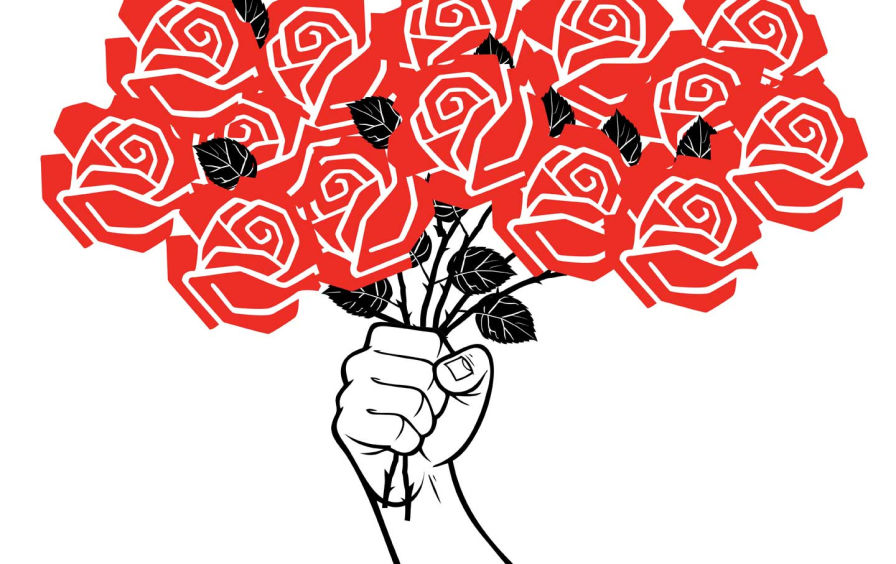 Be aware of the man who claims “money is evil. Money is the root to all evil.” Run from this man as quickly as possible. That is a signal alert to a looter approaching you.

As long as men live on this planet and need a way to deal with one another- money should be its mean. Otherwise, when men abandon money, their substitute is the muzzle of a gun.

The man who claims he hates money, must have obtained it through wicked means or simply he has none.

It would be the same man who sells his soul for $1.00 to immediately proclaim his hatred for money. He has every right to view money in this (false) light.

There is a person I know oh too well.

He states he “hates money.” For instance, he used Steve Jobs’ creation of the iPhone. According to this upright man of honor, he informed me that Steve Jobs only accumulated his wealth through “trickery” and appealed to man’s “stupidity.” How could one over-charge for a device that will lose its value within 24 months or even less? Surely, Mr. Jobs catered to the foolish materialistic market who ignorantly brought into his product.  He must be stop! People like him! For they are greedy, cruel and not human.

Here is my response to him:

Money, when obtained in a honest transaction, is the exchange of goods: not sufferings. Money demands you sell me your best, not worst, ideas. The best product, service, judgment and man’s ability will win me.  I desire you to be obsessed with my needs just as much as I am obsessed with yours.

How is this selfish?

Did you obtain your money through fraud? Through disbelief of your product? Despising the purchasers? If so, no amount of money will ever bring you fulfillment.

Money is the result of goods but cannot make a person good.

In the past, wealth was associated with it being seized, inherited, shared, begged or even as a gift. The concept of making money is a new one.

One created by America. I will never regard my country’s greatest achievement as shame, like the intellectual looters insist I should.

No other language or nation in the world has ever flirted with the idea of “making” money. It just doesn’t exist. This is why there is only one America.

For the first time in history, both man’s money and mind has been unleashed. When fortune’s can be made not by conquest but by his hard work.

Currently, I am learning several languages. I can testify: There is nothing like the English language. The languages: Spanish, French, Portuguese and Italian doesn’t even come close to this idea of making money. Russian doesn’t either. German has over 35 phrases of warfare (which helps with competition and winning- almost had Europe) but it still doesn’t cater to man’s freedom of earning his living. The only language aside from English that somewhat explores this idea of making money, is Hebrew.

The world has a history of believing your labor doesn’t belong to you- it belongs to the common good of the community. Note: There is no common good.

But there will always be a common ground of exchange. Let money be the means.

Money permits you to exchange your labor for gain, not a loss. Man’s mind, not the product, is valuable. The creator over it’s creation.

The art of making a deal is simple: a mutual benefit by non-judgement traders. Who will intervene this peaceful transaction? Doesn’t the popular phrase goes as follows: “What ever two consenting adults agree to do, is no ones business?”

Oh, but it suddenly it becomes everyone’s business when money is involved!

What you really hate is the way you personally gained wealth. Your money management is as reckless as they come. Then you became bitter as you watched your fellow species over-come great temptations and obstacles. Not only did they maintained their wealth, but they maintained their integrity. (Not an easy task may I remind you.)

Even if a poor man has desires to get rich, he is more upright than a rich, judgemental, charity, recycling hitchhiker. Why? Simply because he hopes to one day profit over me being happy. He intends on adding some type of value to help ease my life and my children’s. He remains hopefully. Optimistic. He believes in the future.

A man who seeks to invade and control a nation’s wealth, will soon run out of it. How can one conquer when there is nothing left to be conquered?

Ha, and you can forget about man remaining moral under this utopian money-less society. If he ever was moral. I rather have man fear the Lord and believe half of the bible than him be in complete absent from it.

You removed God and his money, you bring out the barbarian in him.

Would you like to know where a man or a nation is headed? Follow the money. If the money of a man is being taken, not by his consent but by force- only darkness will follow. You see, in order to have production, you must have man’s permission. When money is robbed from this man (by gun point or through global warming taxation) then a country will not survive. A country has never survived when the growing number of honest men have been robbed by celebrated looters and a small percentage have property.

Watch as society rewards corruption by favoring the looter through deceitful laws that protect him rather than the honest man. Then if virtue has become more self-sacrificing and considered an outcast racist trait, you will notice a decline in that man or nation.

Discouraging and interrupting a man’s ability to think is not only evil, but it is primitive. Stand back and allow a man his right to make his money.

Behind the scenes: If only I had spoken this well to my adversary. In fact, at the moment- I was speechless. In complete shock as I heard him tell me this. More concerning, the idea of “hating money” had frighten me. This person is a walking contradiction. But he is a frequent reader on my website, so the message is now available to him and all others.

2 thoughts on “The most evil man in the world”