What if I told you the secret about how America became the World Power after winning WW2?

Your reply is, you have an idea. But the real reason just might flew over your head.

Was it the American drive, ambition, risk taking spirit and patriotism to their Republic? Was it the great, intellectual and genius of the military’s leadership mixed with the ideas set from Congress? Was it the enemy’s failure and weak military strategies that gave America the upper hand?

The reasons are endless and most hold a great argument. But here is the key to why the United States was able to build the first Atomic Bomb rather than the brilliance of the NAZIs Germans.

“Why was it that it took the Americans only a few days to build an airbase and the Japanese more than a month?” – Emperor Hirohito

The answer, Hirohito the loser, is simple: America had built weapons, earth-moving equipment and gain much necessary supplies and resources faster because of the American economic system. America essentially won World War 2 by harnessing capitalist methods of unlimited production mixed with the creative brainpower of an individual.

It is actually basic to understand, but do not allow yourself to be seduce to the world’s lies of sweet tasty socialism. While other citizens from other countries have levels of genius, creativity and ambition to eventually develop a Atomic Bomb- their socialist government system wouldn’t allow it. Even if it would help win the war. Hence, while the world continues at snail pace to catch up with America, the First World is enjoying their luxuries given to the masses from the creative inventors of the free market system.

Having the freedom to exercise your creativity, it would allow the break of new technologies, faster production for (more advance and effective) weapons and even allowed the ability to break enemy codes. Something that Great Britain was the world’s leader in until America had overthrown them on code-breaking as well. After all, this is war London. We don’t have time for foolishness. The code-breaking became another useful weapon for war-winning.

“The business of America is business.” – Calvin Coolidge

Showing the importance of having the American economic system to win military foreign wars, it can also win against the domestic war on poverty.

There was once a time for a penniless immigrant to enter the New York Harbor with only his clothes and ambition. That is all he really needed to achieve wealth in America. He didn’t need the tax payers help, only the American system to allow him to get rich- AFTER pledging allegiance to the United States.

Now, obtaining wealth is increasingly becoming more diffcult. Which mirrors close to a socialist government.  And the Leftist American knows this, and supports this.

When discussing in terms of money, the Leftist belief is that a Common Joe shouldn’t have access to create wealth. Even if it is to win wars. This is because the Common Joe either is: not smart enough for self- governance or morally good, therefore cannot be trusted. He is unfair to those who lack ambition. He will harm the planet.

But here is the unspoken truth: He will bring in more competition in the market and disrupt the old rich who hold more godlike virtues.

These are all excuses for why we must regulate, tax or even punish Common Joe for his creativity.  What is Common Joe’s response? He surrenders in either two ways: He gives up his drive to create for money and accepts his fate as a employee, forever. Or he surrenders by helping the old rich by joining their cause and becoming part of this “elite” crowd. This way he still becomes rich while avoids being blacklisted and enjoys the pleasures of tax breaks.

Wow! Perhaps Tesla sells what the market is asking for? Perhaps, not.

Why then, is there so much attention on Tesla? It is because with it’s expensive product and government subsidies the company receives- everyone who is investing in it, is hoping Tesla will succeed. This charade won’t last long. Unless Tesla pays more attention to what GM is doing to increase their sales, the gig will be up and Tesla will be just another failed government experiment meddling with the private sector.

“You didn’t built that.” – Barack Obama the sell-out treason modern day Benedict Arnold but never serve in the military and only worst. Obama cheated into the senate then glided into the White House.

Now back to the Common Joe who is a representation of the American self-made man caught in between of a major life decision.

The main reason why the Leftist would prevent Common Joe from opening up a business rather than the Common Joe becoming a rich star athlete is because- that isn’t so common, it is rare. He would be rechristen to “Rare Joe.”

To have been born with incredible strength, speed and talent is “luck.” Have you ever notice the Hollywood stars or athletes constantly reduce their hard work to “luck”? It is because they are playing it safe and avoiding jealously.

The Leftist gives the athlete a “pass on being rich” because they believe they inquired their wealth through luck and most importantly- they will only be rich for a decade at most. There is a window of opportunity in the field of fame. 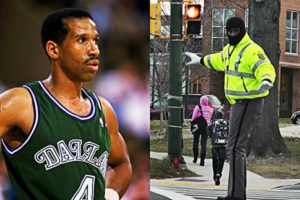 Unlike the private sector which doesn’t put a cap on your age, income or time spent- an athlete, lotto winner or movie star only has a few years to enjoy their wealth. They didn’t really earn it. Thus, it will usually die out within one generation.

The businessman however, needs to constantly deliver. His business can go through many generations and help thousands.. millions of people. It never ends. And people will pay him, freely, for his service or product. If he disappoints them, he loses. If he continues to please them, he is rewarded through money.

It goes even further than money. A businessman’s reputation is highly important. He must be honest. He must carry integrity and live upright. His character is reflected in his business. This drives the Leftist insane! “Not only do people willingly pay for this man’s product but he must also become godlike- like us?!” They cannot figure out why and how does Common Joe keep his customers, employees and lives overall well without government interference.

A college professor can afford to lie to his students and make claims of  “world starvation by the year 2000”- and STILL work at the college… on the board at that. Sounds familiar? But a businessman… If he dares to play games, mislead or lie- his reputation, respect and eventually his company is in jeopardy.

There is unlimited financial opportunity within the private sector. There is no discrimination to creativity because if something is good- people want it. There is also a spiritual factor in the private sector in terms of character. The reason why it is called TRUST FUNDS is due to having Trust. Faith.

Common Joe will never be trusted in a socialist regime system. Everything is based on material, nothing spiritual. Even if he bowed down to their demands. Even if he gave false speeches of equality and global warming. There comes a point of a sacrifice and guess what? Common Joe will go if he ages bad or offends the wrong people. He won’t be needed.

But in America, the economic system NEEDS YOU. America needs their citizens to stay on top. Unlike China and Russia who have slaughtered their citizens due to them being a burden on the state- America rewards their citizens through it’s capitalistic system. People bring wealth. People are valuable, not a burden. Yes, it took mankind centuries to figure that out. But at least America did.