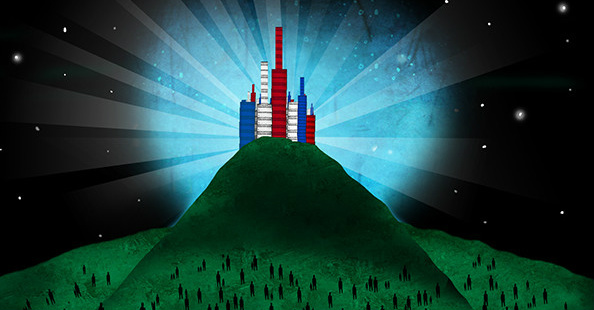 October 23, 2017 Posted in Being Human, God and science, Politics, Religion.

The long American tradition of the Salem witch trials has resurface.

These witch hunts come in many forms: Being blacklisted from society or even in your family simply for your (non-violent) views. Media censorship. Banned from social media. Persecuted for religious or scientific factors in favor for social justice.

We can call this “positive discrimination.” The modern day book burning is Political Correctness.

While the warriors of social justice claim patriotism, low taxes and freedom is “hate speech” critics like myself complain otherwise. This method (intimidation) and reasons (calling free speech, hate speech) is not only lies and recklessness but intolerance.

Americans and the rest of the world who follows are getting low quality of education, becoming more alike (same thoughts means no innovation or room for creation), not producing, losing faith and therefore having more meaningless lives in the name of political correctness.

You can say this “progressive” worldview started back in the early 1900s then slowed down during WW2 to only pick up and excel rapidly in the 1960s to current state.

What exactly is this progressive worldview?

The associated ideological theory is called Deconstruction. A “gift” from Europe. Anything that help created Western Civilization had to be torn down from within because it is an oppressive worldview to other cultures. (It’s appropriate to note that there has only been one civilization in the history of mankind. Western Civilization.)

This includes yanking out the heavy roots: Religion, Patriotism, Capitalism, Innovation, Free Speech, ownership of weapons and Family. Innocent until proven guilty. (Ha. As if.)

According the road of Deconstruction, all these inventions and the lifestyle of the West should be abolished because they are simply racist and it’s hurtful to the environment. This dumbing-down in our culture is dangerous to freedom and frankly, the Republic’s existence. Surprisingly, the people are being willingly spoon fed to this so-called progress for more equality in the world- at the stake of the Republic.

Even Hollywood has created screenplays for semi-literates.

It is astonishing that a nation which was founded on Free Speech, Freedom of Religion and self-reliance has abandoned the values of what made it special in order to become more like the world.

These are two great recommended works which further explains my research. 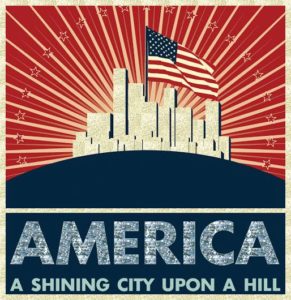 The sudden shift from a religious people to a secular one has been troublesome for me as an American. I have always known America as being a country of having a religious force behind it and religion being upheld by essentially to all Americans. People who encouraged otherwise or bring intellect thought without any work backing their claim- was completely dismissed. (Tom Paine was eventually blacklisted by the Founding Fathers for his anti-views on Christianity. They told him to flee. Go back to England. #America.)

This is exactly what I observed growing up in New York City in the 90s as a child. The last touch of freedom, perhaps.

Tocqueville’s observation is also similar to mine: ‘to be indispensable to the maintenance of free institutions.’ Religion and a free country goes hand in hand.

The citizens who upheld Freedom of Speech and practiced their Christianity seriously, were actually seen as the most valuable citizens. Oh, how times have changed!

Today, it is very diffcult to tell America and Europe apart.

Now with a culture of self-proclaimed intellectuals presenting religious (word is in relations with rebellious) people as fools or “fundamentalist”, America is at the stake of losing its uniqueness as the City on the Hill.

2 thoughts on “The City on the Hill: Speech and Religion”