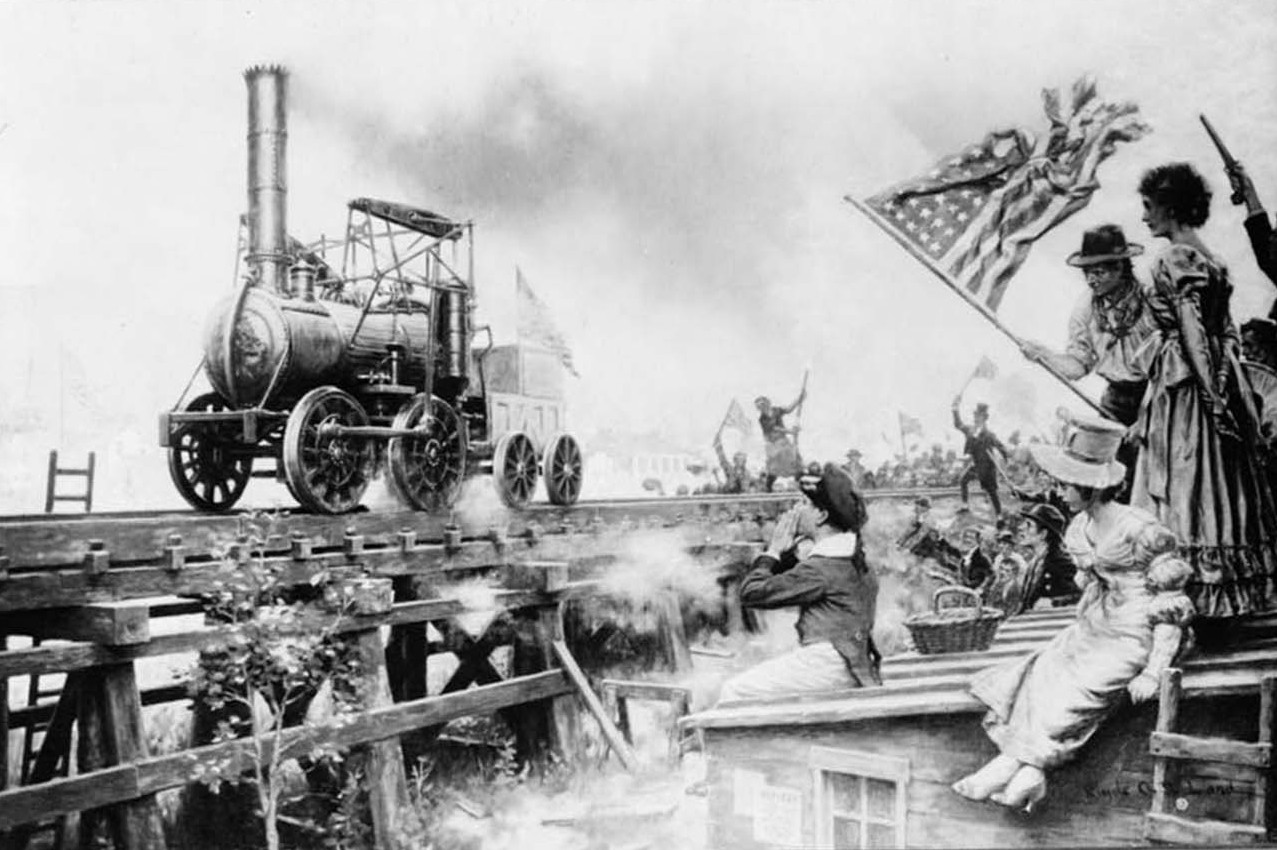 Recently I written an essay for a Christian University given the topic: What fictional or historical character do you identify yourself with? I chose an interesting (forgotten) character of our country’s history, because that is who I am. Interestingly forgotten.

What seems to be dying out in our country are heroes. Americans once had a sense of pride of being part of the world’s wealthiest country. Why shouldn’t they? Americans created it.Citizens of our country enjoy the pleasures and blessings of the new living standards revolutionary in the history of humanity. These grateful inhabitants witness at first hand the amazing wealth creation through innovation and risky behavior. From the thriving machinery and infrastructure to the life-saving medical discoveries all developed through the mind of a self-made American is almost surreal. America was able to find the secret at reducing the cost and actual physical labor while making a product or service more affordable to all- without watering down the quality of the material.A historical person (hero) I can relate to is a prefect example of this American system. While I admire the Founding Fathers of our country, whether they be military men, farmers, adventurers turned into gentlemen politicians; there is one group of men who are constantly overlooked and deserve equal amount of attention.The businessman.Yes, America was founded by those seeking adventure or to create the Lord’s kingdom on earth. These men would eventually transform this land into a Republic. But I am drawn to the businessman who made it’s people rich and therefore, making the country rich.A man named Andrew Carnegie (1835-1919) is very effective at explaining and putting the American Dream into reality.

Although not an American by birth, Carnegie understood American life perhaps more than a native born. What exactly is the American system?First- it is the freedom to speak without getting killed for it. This sounds extreme, but humans throughout history have a reputation of murdering people with different opinions.Second- while using this brand new concept of “freedom of speech” one can be comfortable to use freedom of thought and freedom to create.Which leads us to the American wealth creation machine.The American way is simple but difficult: The freedom to think, get rich but then the duty to willingly give it all away.

Carnegie is perhaps one of the best rags to riches stories available with a delivery on moral commitment. He understood that in order to become successful, one must master and specialize in a line of work.

He chose steel. And the art of timing couldn’t have been better.After Carnegie became the world’s most wealthiest man at the time and money no longer being a concern for him- he let it go. He invested in young people’s ideas, donated to charities and educational causes. He once said “…it was morally acceptable to become rich: what was reprehensible was to hang onto it. The man who dies thus rich dies disgraced.” 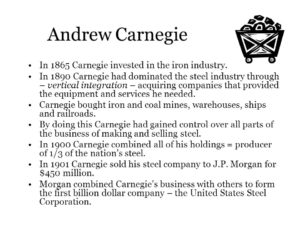 Personally, I am not a hardcore businesswoman. I do not develop products or services in material form. However, I can relate to Carnegie because of his unique ambition and understanding of the American system. Not only was he consider a businessman but he was also a political philosopher. If one mixes those two types you produce Carnegie or someone similar, like myself.Rather than use steel, I prefer a non-material object. My “developing product” is the human mind by using services I intend to help people through education, lessons from history and free thinking.

It was the businessman, along with the legal system of America, who help lifted millions out of poverty. What I intend to do, whether through my professional work or through my children; is to also lift people out of misery. But only in those who are serious and willing to do the work.

There is no question that it would be those individuals who will be attracted to my work. In Carnegie’s autobiography, he notes:

“….that attracting the best men is like buying the best machinery- the most expensive labor tends to be the only sort worth hiring because in a free market its high productivity is the only reason for its high price.”

This is why, not coincidentally, he was able to make great discoveries of men from nowhere: Charles Schwab and Julian Kennedy. Being a man of great character, J.P. Morgan would eventually buy Carnegie’s (great reputation) company.

Who are loyal to their country. Doesn’t apologize for being a self-made man. In fact, speaks of it as being moral and not selfish. Invest in those who will only grow the Republic’s strength. This doesn’t have to apply only on Wall Street, but within every industry. It is, however, the businessman who is now the villain in main stream. (Especially that the current president is a businessman makes it more evil for those who love poverty.) Also, it is part of the American history. This new era of guilt or even embarrassment of having central air is committing country suicide. One must not boast, but work to sincerely give. 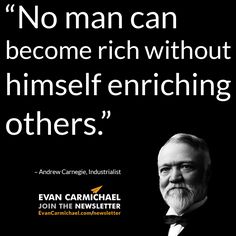 The American heroes maybe slipping away. They might pop up one in every 25 years. But if America wants to witness or have a direct link to someone with godlike moves and risky behavior, America must remember who they are and stop apologizing.

America transformed a penniless, frighten young immigrant boy into a self-confident massive wealth creator who shows the strength of the Republic. This is great! Carnegie is one of thousands- if not Millions, with the genius and ambition to advance human conditions.

My historical figure for today would be Andrew Carnegie. Who is yours?

2 thoughts on “Where is the American hero?”