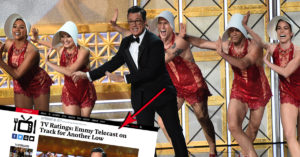 Hollywood in it’s early stages has always been disconnected with the American people. They are now returning to their original state of being, but it has worsen.

You might ask: if they started as an industry who wasn’t patriotic, then why did it seem at one point in their existence, they were indeed promoting Americanism?

The history of Hollywood goes well back into the early 1900s. Why did studios decide to plant their roots in California are for many reasons. For starters, California at the time had the cheapest electricity, great sunshine and little to no laws. If you broke any, who cares? Mexico is available for a temporarily hide out.

The creation of Hollywood will be reserved for another time. However, it should be mentioned that Hollywood and its movies are the product of a marriage between California and Ashkenazi Jews. Now we are seeing the disconnect with “loyalty to America” unravel. The creators had zero interest in upholding the American ideas and more concern for profit.  (More on this later.)

Fast forward to the (almost collapse of) Hollywood 1920. The ‘creative experts’ got desperate to save their failing enterprise. The people coming out of Hollywood were not only disconnected from the American, but they lived in a bubble and felt superior. They believed they were one of the “stars” of the universe. (There are billions, by the way.)

This arrogance of believing “we are above the law” began to really penetrate their minds and to eventually corrupting the industry to a possible end.

What cause the studio moguls to reset their industry before it got too late?

Despite the popularity and encouraging culture of Southern California’s prostitution, homosexuality and drug use, Hollywood’s rebel against the Christian Republic was about to see an end.

The trial of Roscoe Arbuckle- who was Hollywood’s most highest paid actor. The murder of William Desmond Taylor, a successful Hollywood director. A scandalous divorce of Hollywood’s “good girl” Mary Pickford. The death of another star, Wallace Reid due to drug overdose.

Hollywood’s reputation and money is bankrupt.

How could they clean up and start fresh?

They hired a Republican from Indiana. 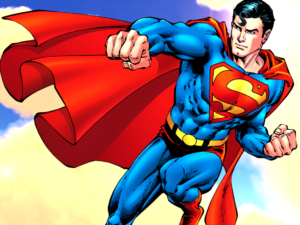 His name was Will H. Hays, former Republican National Chairman. Hollywood’s moguls were serious about the change they needed and even paid the Republican a handsome salary of $100,000.

After the trial of Arbuckle, Hayes “blacklisted” him and every other “star” on the grounds of: drug abuse, homosexuality, sexual depravity etc. Hayes also created the Hays Code and inserted “moral clauses” into Hollywood’s contracts.

What is the Hays Code? Simply put, Hollywood had to avoid these acts:

On the positive side: Promote loyalty. Family values. Patriotism. Rule of law. Courage. Sanctity of religion. The rewards of virtue are worth the struggle. Crime doesn’t pay.

Hollywood hated it then, just as much as they hate it now.

HOWEVER. With grinding of their teeth, they were able to push their pride aside and commit to this presentation of the American way.

For the next 40 years, under Hays rules- Hollywood created products (movies) that not only delivered market wise but also their newly successful industry reputation became upscale.

Hollywood today has abandon the Hays rules to big screen success and returned to their savage ways.

This is why Hollywood is unable to create anything brand new or original- they constantly remake old movies with a “modern” twist. The result is epic failure.

The only movies that might succeed today in the box office, are ones that promote Hays Code. Action pack, super heroes and war movies are the only types that have a shot, even if they are laced with mild feminism. Comedy, romance, thriller, family and others barely break even.

Will Hollywood address these issues? Will Hollywood come to terms with reality and see the people aren’t buying tickets like they use to? Will they hire a new “Hayes” to help rescue the industry? Or will pride, hatred and their “revolution” agenda keep them on the road to self-destruct?

When a company decides to abandon profit for belief, it isn’t Capitalism anymore. It is Communism.

Hollywood along with the NFL promotes big government. They could careless if they alienate most of their customers.

It is the tax payer who is funding many NFL stadiums. The NFL has more in common with your local DMV than your local coffee shop who MUST please YOU because their business only stands because of YOU. They cannot afford to cause an outrage among half of their customers. The DMV doesn’t need to provide any “outstanding” customer service, because they will still be in business.

They see no reason to change, even if ratings drop to 1 person. For arrogance and a heavy safety net provided by the government: The Show Must Go On.

Rush Limbaugh said it eloquently (same idea, although not original quote. See his interview with Sean Hannity HERE): The media, Hollywood and academia is run by a few individuals that passionately hate the country. They misrepresent the American people. Therefore, private companies trust these industries “expertise” and jump on that platform. One of the sponsors of the NFL is Ford. Ford is pro-American. Why are they supporting the NFL? The NFL gets paid to fly the American flag. This type of revolt of our Republic is creeping into every industry in one way or the other. Through tax breaks, threats, manipulation and violence. They are unaware that the average American is repelled from liberalism. It does not sell.

But I think they are very aware that the average American is repelled from big government. This explains why they use tricky, intimidation, violence and any other forms to pump their agenda. Instead of using logic, reason or facts.

Every American, first generation or many, has escaped big government. We are totally turned off by it. Ratings, the boos from the arenas and no sells at the box office should be evidence that we are.

This is why when lack of reason and repetitive lying fails, a frustrated leftist relies on violence. Just check the symbol they use for “social justice.” 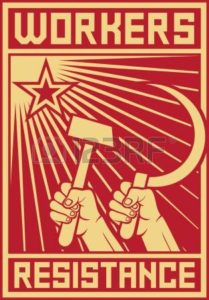 Will we ever recover? Perhaps.

But in the meanwhile, we are experiencing this dark time in our country, never kneel to no one or “cause.” You are not a slave.