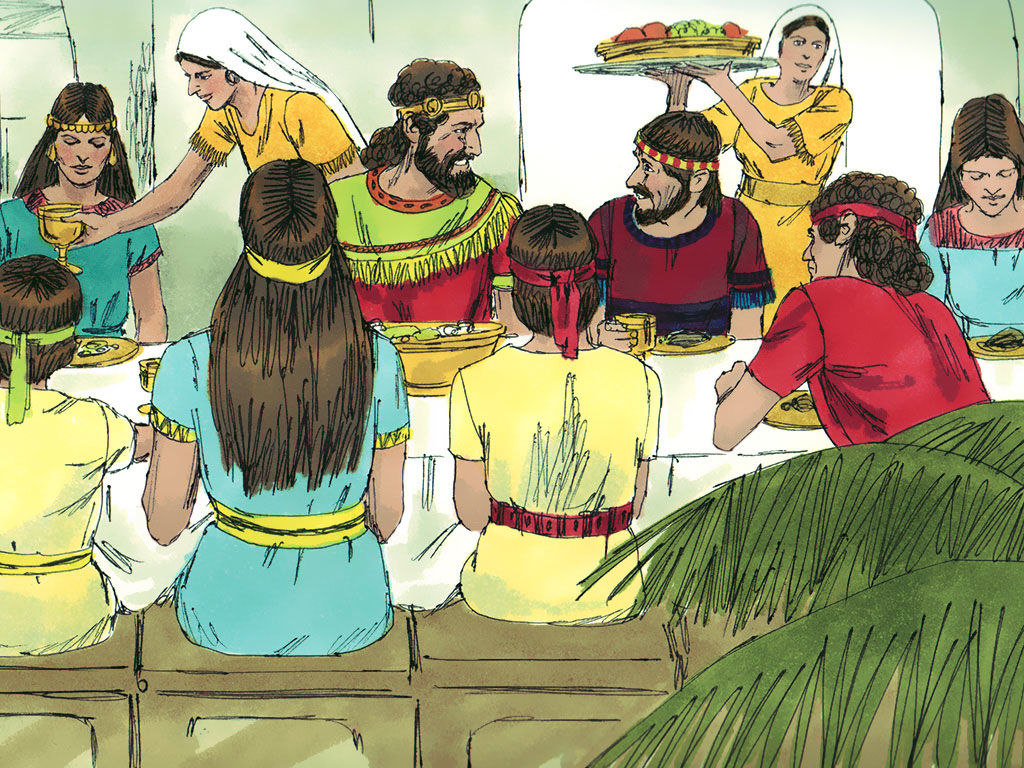 After the collapse of the royal house of Saul, David was careful to treat all the officials of Saul’s court with dignity. This move was very uncommon, because the custom was execution of all previous appointees and officials. (This is similar of what George Washington did with POW and other British soldiers he had in custody. Instead of the savage behavior like of the enemy- George Washington wanted to show America is a different country.)

“Are there any survivors of the House of Saul for me to rescue and help for the sake of my friend Jonathan?” Asked King David. (Jonathan, who was the son of Saul and friend of David, had past away.)

A worker by the name of Ziva informed King David that Jonathan indeed had a cripple son who did survive. King David summoned the poor, weak cripple son of Jonathan- Mephiboshet.

“Don’t be afraid. I will deal kindly with you for the sake of your late father Jonathan. I will restore to you the entire estate that belong to your grandfather, King Saul. You will always be welcome in my palace.”

Shortly after David became King- his own son Absalom, launched a rebellion against his own father. King David assembled his loyalists and announced: “Arise, let us flee, there will be no escape or mercy from Absalom.”

Now Mephiboshet, who always remained loyal to David, was hindered by his handicap. He quickly called Ziva, now his employee, to give King David his pledge of support.

A few days later while on the run, King David asked about Mephiboshet to Ziva. The liar Ziva answered: “I come alone bearing gifts for you, oh King. Mephiboshet remains in Jerusalem hoping to exploit the chaos by restoring himself to the throne of his grandfather. He is part of the plot against you.”

“Is that so?” The angry King asked. “From this day on- all of Mephiboshet’s estates are now yours.

The rebellion finally ended and King David returned to Jerusalem.

Mephiboshet went to visit the King.

“Why didn’t you go with me when I fled from Absalom? Did you join my late son, Absalom?”

“Of course not my dear King. At the time of the crisis, Ziva advised me to stay home on account of my physical handicap, while he will join you and lend my support on my behalf. Then he slandered me to you, telling you that I had betrayed you and joined the rebellion.” Mesphiboshet explained. “I remain deeply indebted to you for all you have done.”

Realizing King David has been lied to, he held up his hand. “Say no more, my dear Mephiboshet. I am assured of your good faith. Why don’t you and Ziva share the estate of your late grandfather?”

Mephiboshet sadly replies, “Let him just have it all.”

Why didn’t David take back the estate from Ziva and give it fully to the rightful owner- Mephiboshet? While he is at it, punish Ziva with imprisonment?

Scriptures tell us this is a failure on David’s part. God later punishes David by splitting his land into two.

But the question remains: Why did David misjudge the situation?

Intellectually, David knew Ziva had betrayed him. However, emotionally David couldn’t get over the anger he originally felt on just hearing about Jonathan’s son betraying him.

Human nature: Once you let a lie into your ears, you can never rid yourself of it’s effects. You may think that you can remain uninfluenced by the things you hear, but it isn’t so.