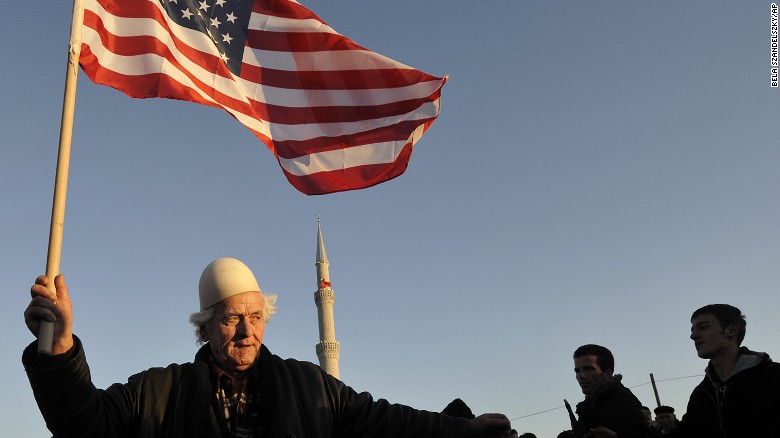 Or do we need the war to obtain the peace?

There seems to be mix messages going on.

One– the MSM and liberals (pretend to) care for the Muslims by constantly attacking those who speak out against Radical Muslims. The Conservatives do carefully Always mention the word “RADICAL” when referring to the terrorist Muslims, to avoid being called Islamophobic. Keep in mind, the Right Wing isn’t saying ALL Muslims are radical, but the Left Wing IS. By making false claims, misquoting and taking words out of context. The Left Wing immediately assumes that the Right is saying ALL Muslims… when assuming alone should be considered Islamophobia.

Note: The Left Wing is actually doing the same thing to Blacks, gays, women, the poor and any other group that can be exploited. The more they repeat to these groups: “Oh, America hates you! America no good! America is racist, and we will defend you!” Is more like the Left truly is saying: “We hate you! We want to take advantage of you to further our conquest of power! Get you groups fighting/killing within and with others…”

But let’s give the Liberals the benefit of the doubt. The Left Wing promotes Islam. Sympathetic towards Islam and doesn’t want the American people to discriminate or be angry with Islam.  Let’s play devil’s advocate, shall we? Let’s go along with this lie and say the Left Wing (despite their actions and history) really does care for the Muslim world. Which most Americans who are fair minded people- want to believe this is true.

The Left Wing wants true peace in the Middle East by aiding and assisting the Muslim world. They also goes as far to ignore the First Amendment- anyone who offends or threatens “discriminates” against Islam should be punished.

Alright- so the party who controls the Media, wants to let the world know: America stands with Islam.

Now here is the mix messages to the American people: The Right Wing.

Two– The Right Wing speaks up. “Slow down Liberals. You do not speak for America- we do. The American people do not stand with the Muslims. We stand with Israel.”

Then you have the suppose the Racist Right Wing is  the ones who want war with Islam.

So which does America truly want? Do they want their citizens to prepare for war with the Muslim world? Or do they want us to love, be peaceful with them?

I will tell you what it is: War.

The Left Wing NEVER cares about the groups that they supposedly defend and protect. Hilary Clinton supported, voted and enabled wars, invasions to the Muslim world killing hundreds of thousands of Muslims–which triggered the European crisis. The Left Wing’s main goal.. above global warming. Above equality. Above taxation.
Is death. Even if it contradicts what they previously supported. (How they can support secularism, liberalism and defend Islam?)

The Right Wing is patriotic. Fighters who end up doing the dirty work for those on the Left. (And Rinos.) This way the Right Wing gets the blame for being war hungry. The Left Wing remains to appear as the party for the people. And we can easily usher in any war….as long as they have the masses fooled.

Understand: The plan to wage war is at the interest to both parties. Perhaps with different intentions, but that doesn’t stop the execution of war. Now, what is in it for the Muslims? Surely their leaders are aware of this game. Why are they risking their own innocent people to die in such a horrible manner? What is the trade off? The benefit of this?  Why not focus on building their nations? The Arabs could launch an era of unparalleled prosperity and freedom in the Middle East (from which they’d be the biggest beneficiaries). So why engage in this barbarism, and rather- built up? They can not only gain wealth, but enter the world’s stage of new found respect and strength, stepping into the second or even becoming part of the first world.

Not even total-smart power is at play. For that requires love for your country. And if you love your country, you want it to flourish.

Then what is the driving force behind this behavior?

It is a spiritual drive- non physical- that is the reason for the Muslim world not to thrive. Why?

Simply put: When the desire to take up risky, harmful and suicidal behavior overrides the survival instinct,  it is a spiritual drive behind it.

No other creature on Earth (other than humans) does this.

Note: I purposely left out the mention of Israel’s role because the focus is on the United States and the Muslims play in this conflict. Israel does play influential role, however the United States is responsible for the decisions it makes. Now, trying to nip at what the United States stands for when it’s political parties appear to be conflicting in goals concerning the Middle East, is alone challenging and deserves it’s own separate attention before diving into why and who is really behind this situation.