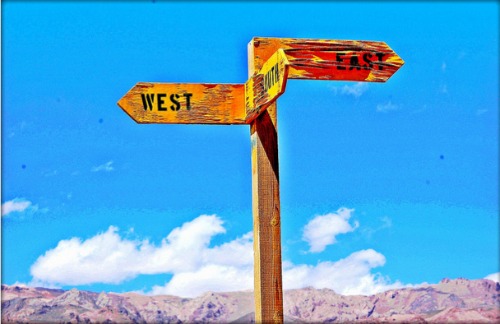 The West is responsible for most innovations, medicines, art, music, architecture, war equipment, transportation and other advancements for man kind.  The amount of creations designed by the West from the year 900 A.D. up until the 1900’s has revolutionized the entire world.

The West has successfully surpass Asia and Africa, in which now the East is rising up using the West’s recipe.

Why is that? What are the main ingredients? How did it come about?

There has been many suggestions on why the West has been the world leader.  In a intensive study, a man named Jared Diamond attempted to answer this question: Why does the West has so much cargo? His answer remains in his book: Guns, germs and steel.                 In which, Jared Diamond’s studies convinced him it was a geographical location of the human beings, the weather conditions, the reasons why man needed the inventions that were invented and even suggesting the animals available at Europe and United States. These ideas are just that:  An educated guess.

Jared Diamond’s results makes one still hungry. Those answers were empty, and somewhat depressing. People weren’t satisfied, and many rejected that explanation.  The idea of man being lucky, appears lazy. It was work that made the West so successful- not luck.

But the East has also worked. In fact, they struggled and perhaps put in more physical labor than the West. To understand exactly why the West’s work seem to actually work and the East’s work didn’t- you must go back into the policies being used.

The West has been so successful simply by following the laws of the Bible.  Allow me to be pacific:

As I said, it required work. All those points just made, requires faith and commitment. Not chance or luck.  This is not a random selection. And the good news is, any nation can prosper with these main points.

When the God of the bible gave His command to the Israelite men on who they can or cannot sleep with, the Israelite men were furious. There was a 24 hour period in which the men mourned. “What is this going to do to our sex life?” They complained.         However, their God has spoken. He heard the prayers from the women, and never intended men to cheat or have multiple wives. (For the men who did those acts, you can see the consequence of his action came in.) However, the Israelite men remained committed to God, and their wife. Their family structure was strong, and soon the people prospered.

When a man lives this way: Loyal, Committed, One sex partner (their spouse) Provides, Protects and takes Self-Responsibility– that man has risen above animal.

To further the explanation of this point, consider when the people who have escaped Europe’s oppression for a new life. When they arrived, on which is today America, they were confronted by the Native Americans. The new arrivals offered the Native Americans money for exchanged of land. The Native Americans went home that night in joy. “Those silly fools! Give us money for land? The land owns you! Ha! Tomorrow we will sell them the sun, moon and stars- those idiots!”  Survival was the only important factor for humans. Until the ownership of property came.

This not only prospered a nation, but humans were able to rise up from nature even more.

Now if an individual cannot repay his debt, there is a 7 year period in which he can refresh his creditability. This is exactly how the U.S. system works when concerning bankruptcy, divorce and financial matters. To discourage a person for taking this 7 year wait instead of paying of his debt, it will always be on the individual’s record of non-payment. These are the main reasons why the West has prospered. Many other factors played in as well: The U.S. Constitution which is the law of the land, the blue print of this great nation. This document also broken many traditional, passed-down laws that man had experienced- but now were going to sacrifice security for liberty.

This was unheard of- because throughout history people have always wanted a King and thought of no other option.

Now there is an option: America. More individual rights and less equality. The opportunity to actually think, speak, own firearms, property –God given rights– instead of a government or King giving it to you. (If that is the case, then the King can take it from you.)  The People paying less taxing, actual seeing their money and being able to invest it. This way the economy flourishes.

These policies allows individuals like Issac Newton, Mozart, Henry Ford, Arnold Schwarzenegger,  Ben Franklyn, Nikola Tesla, Leonardo da Vinci, Einstein, Madam C.J. Walker, Fredrick Douglass and others alike develop their skills, gifts and ideas that benefit the nation (and soon the world!). When individuals are held back from their life’s task, either because of a strong oppressive government, laziness, fear or depression- it hurts everyone around them. Including their nation.

When a man’s life is meaningful and has purpose, he becomes godlike.

We were created in His image.

This is what made the West.

As a well spent day affords happy sleep, so does a life profitably employed afford a happy death.