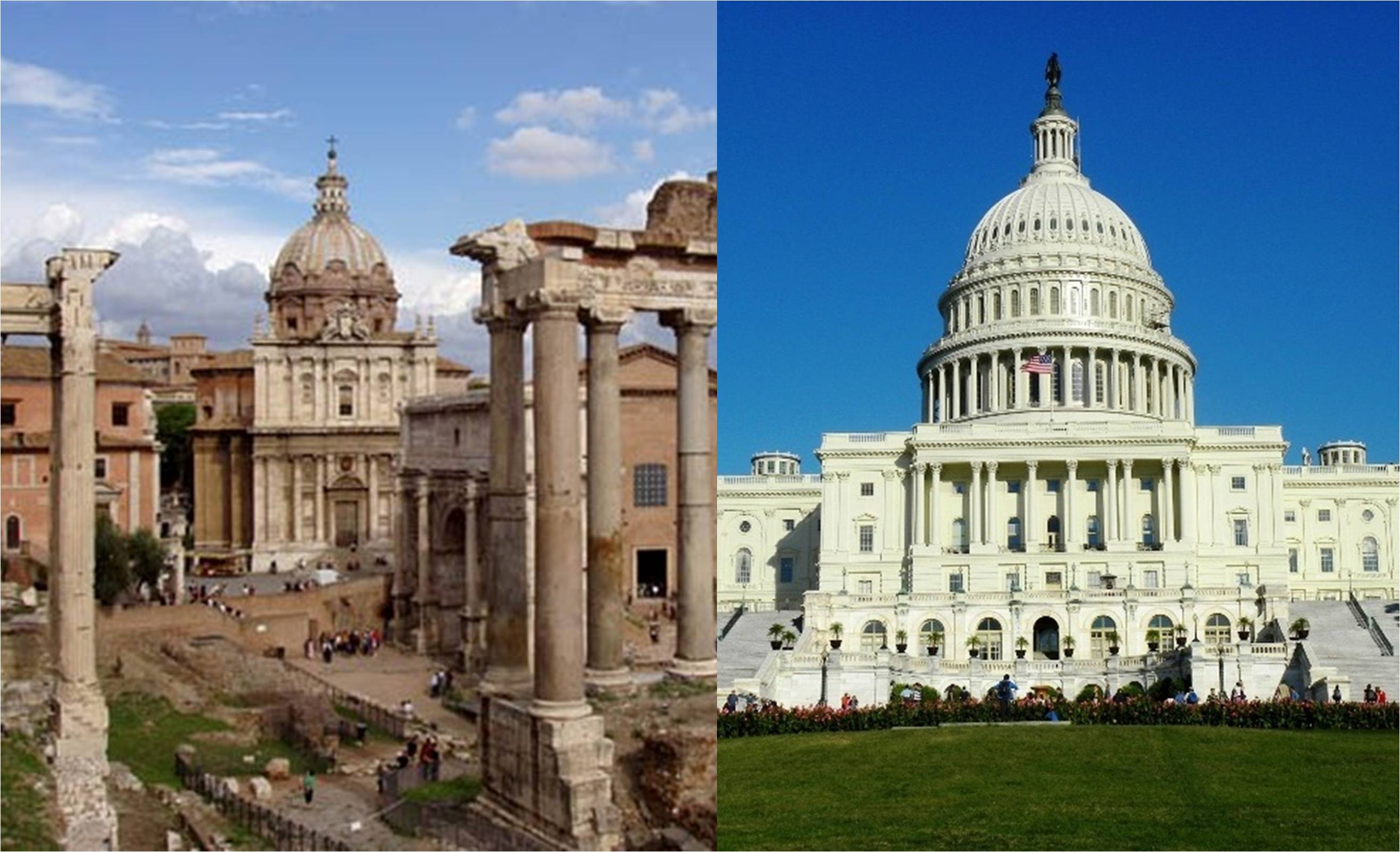 Unfortunately, feminism and future is an oxymoron (or fortunately, depending on your point-of-view), as it seems to be unsustainable on the long run.

Based on past history, it appears that a civilization that embraces feminist values will cease to exist in just a few centuries. This is why we have never seen a feminist civilization aside from very short spans at the end of the Roman empire and possibly a few other more ancient civilizations.

Reading the history of the Roman Empire brings such glaring similarities with our own civilization, it is as if human social dynamics are literally stuck in a cycle that repeats every couple thousand years (there were two matriarchal, extremely advanced civilizations: one at the end of the Roman empire, 2000 years ago, one possibly at the end of Babylon, 4000 years ago.)

For those who enjoy history, here is a short recap of social changes in Rome, 2 millennia ago (most historians focus on military and political facts, but I find the social aspects just as fascinating):

Roman civilization is a a strong patriarchy, fathers are liable for the actions of their wife and children, and have absolute authority over the family (including the power of life and death)

Roman civilization blossoms into the most powerful and advanced civilization in the world. Material wealth is astounding, citizens (i.e.: non slaves) do not need to work. They have running water, baths and import spices from thousands of miles away. The Romans enjoy the arts and philosophy; they know and appreciate democracy, commerce, science, human rights, animal rights, children rights and women become emancipated. No-fault divorce is enacted, and quickly becomes popular by the end of the century.

The family unit is destroyed. Men refuse to marry and the government tries to revive marriage with a “bachelor tax”, to no avail. Children are growing up without fathers, Roman women show little interest in raising their own children and frequently use nannies. The wealth and power of women grows very fast, while men become increasingly demotivated and engage in prostitution and vice. Prostitution and homosexuality become widespread.

A moral and demographic collapse takes place, Roman population declines due to below-replacement birth-rate. Vice and massive corruption are rampant, while the new-born Catholic Religion is gaining power (it becomes the religion of the Empire in 380 AD). There is extreme economic, political and military instability: there are 25 successive emperors in half a century (many end up assassinated), the Empire is ungovernable and on the brink of civil war.

The Empire is ruled by an elite of military men that use the Emperor as a puppet; due to massive debts and financial problems, the Empire cannot afford to hire foreign mercenaries to defend itself (Roman citizens have long ago being replaced by mercenaries in the army), and starts “selling” parts of the Empire in exchange for protection. Eventually, the mercenaries figure out that the “Emperor has no clothes”, and overrun and pillage the Empire.
* Humanity falls back into the Bronze Age (think: eating squirrel meat and living in a cave); 12 centuries of religious zealotry (The Great Inquisition, Crusades) and intellectual darkness follow: science, commerce, philosophy, human rights become unknown concepts until they are rediscovered again during the Age of Enlightenment in 17th century AD.

Regarding the Babylonian civilization (2,000 BC), we have relatively few records, but we do know that they had a very advanced civilization because we found their legislative code written down on stone tablets. They had child support laws (which seems to indicate that there was a family breakdown), and they collapsed presumably due to a “moral breakdown” figuratively represented in the Bible as the “Tower of Babel.” (Which was inspired by a real Tower). *Interesting and controversial anecdote: some claim that the Roman Catholic Religion is nothing more than a rewriting and adaptation of an ancient Babylonian religion!

The family unit is essentially “father knows best”, and exploiting  women is considered the height of shameful behavior. (Even if it is done by the woman herself.) Women were placed on a higher pedestal, expected to use her mind and class. Men valued and respected her- any man who didn’t was quickly isolated from the community, and would ruin the family’s reputation. Monogamy is held up as the ideal arrangement without exception.

Also note, the men during this era were Men . They served in the military, had education,  a family to support and their own weapons and property. All by their early twenties.

America is rising to the height of her power, a super power being born. An economic and military power heretofore unseen in all recorded history. While the world digs out from under the rubble of consecutive wars and Communism, we have a battalion of aircraft carriers, a largely homogeneous population, and cheap housing for everyone willing to put in an honest day’s work. But the poison pill has been swallowed; the suffrage movement achieves its main goal, and the dark shroud of the equality era is about to descend. In academic halls and classrooms, lessers are pedestrianized, while betters are denigrated.

The scourge of single motherhood, free and easy divorce, child support laws, majority female colleges, gay marriage and infinitude. In short, the ultimate expression of anti-discrimination, anti-received wisdom, individualist ideology, (ironically buttressed by the group think of diversity mongers.) Lessers ignore their betters, who in turn renege on their traditional responsibility to act as examples for the lessers.

*You’ll notice America’s progression through the stages of empire is much faster than was Rome’s. This is the blessing — or curse — of high tech mass communication.

The native stock of America, have stopped having kids. (Or have 0-1 child. Some might have even adopted a foreign child, ignoring children in America who need a home as well and should be granted first preference. They may seek a foreign child in hopes to make the world a better place. This logic couldn’t be further from the truth. In order to take care of the world- you must take care of your home.)

Corruption is on the rise- and the cat is out the bag. It becomes more and more accepted to do evil than good. Doing good is consider “snobbish” or “better than.” Doing evil is now considered open “pleasure” “fighting back” and even “respectable.”

Economic and political instability are the order of the day. While America’s presidents aren’t being assassinated, our elections have been rig. Presidents are not elected, but selected.

A reborn Eastern religion called Islam threatens the sympathies of Western societies and masculine women. (Notice the Left Wing’s love affair with Islam and the West slowly opening up to Eastern religions. Think Yoga and Vegan trends. )This Islam religion will also be the one to restore order from the chaotic People of the West.

America is ruled by an elite of cognitive jackpot winners who use the President as a puppet. He is their mouth piece. Regardless of which party he is for, he is carrying out the same agenda. Or gets murder.

Massive debt and financial chicanery is practically enshrined in law. The military is weakening. It is less and less filled with the demographic slice of American citizens that used to make up its ranks. Mercenaries (UN peacekeepers, bribed warlords, arm-twisted allies, recent immigrants, and the desperate, poor and out of shape) now make up a larger part of the tip of the spear that projects American power. America is in the process of slow-motion selling off of the Southwest to appease the millions of peasant illegals it cavalierly allowed to invade and settle in the country.

America is having her Tower of Babel moment.

*Keep in mind, when the God of Abraham wanted to destroy this Tower, He had the People speak in foreign tongues. They can no longer  communicate with each other. America is losing it’s culture by welcoming all these different languages, religions and laws to “cater” the immigrants. While doing this at the expense of the American people.  You cannot build a nation with those polices- only destroy one.

The elites applaud it. These parallels with Rome’s fall should make you feel queasy about the future of this nation. But you’ll quickly push aside those depressing thoughts, figuring it’s not your problem.

Until it effects you and your family directly.